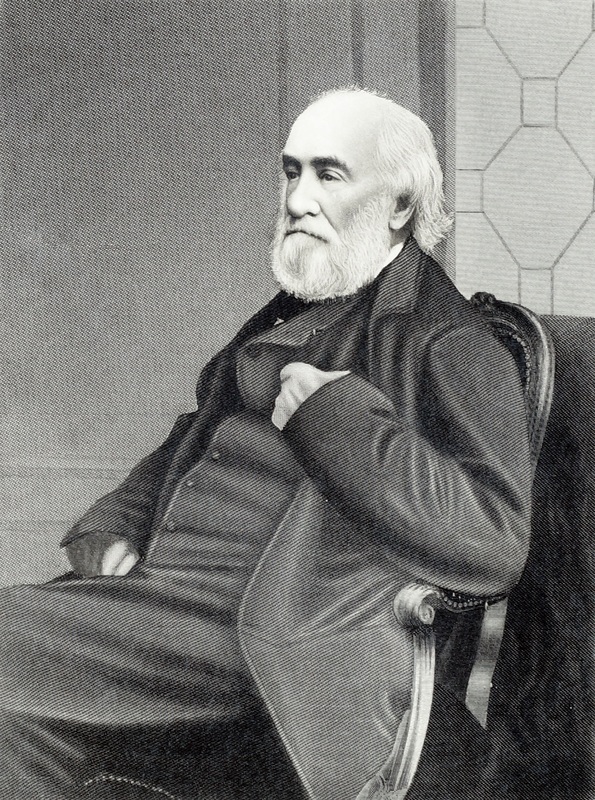 This exhibit includes letters, notes, and other documents belonging to avid 19th century Spiritualist, Joseph Peace Hazard (1807-1892). Hazard was born into a prominent Rhode Island family, however, he failed to find success in the family's textile manufacturing business. Regardless, Hazard's family supported his pursuit of personal interests, which included travel, architecture, and Spiritualism.

Hazard considered himself clairvoyant and clairaudient (capable of seeing and hearing spirits) from a young age, and pursued Spiritualism throughout his life. In his later years, Hazard kept a journal in which he painstakingly recorded instances of his pocket watch "ringing,” which he believed to be proof of the presence of his deceased friends and relatives. Hazard also recorded his experiences with the supernatural in personal memoranda and letters to friends.  Hazard's experiences include seeing, hearing, and sensing spirits, and communicating with spirits through the movements of a table during a seance.

The exhibit can be navigated using the buttons at the top of the page, which highlight several themes in Hazard’s documents on Spiritualism.

Hazard's papers are part of the Nathaniel Terry Bacon collection, held by the Special Collections department of Adams Library, Rhode Island College. The digitized documents from this exhibit also may be viewed online at DigitalCommons@RIC.