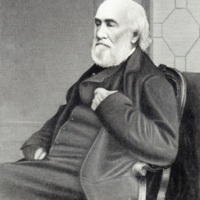 This exhibit includes letters, notes, and other documents which paint a portrait of an avid 19th century Spiritualist.

Hazard's papers are part of the Nathaniel Terry Bacon collection, held by the Special Collections department of Adams Library, Rhode Island College.  The digitized documents in this exhibit also may be viewed online at DigitalCommons@RIC.

A place to go to: The Oral History of Federal Hill

The feeling of Federal Hill has always been the same. There is a certain attraction because of the fact that we settled here in the early days. I personally always have felt that Federal Hill should be an important place...

The title of "A place to go to" comes from an interview collected in the Federal Hill Project within Rhode Island College Special Collections' Ethnic Heritage Studies Project.

Many of these interviews consisted of Italian American and Federal Hill residents either involved or affected by redevelopment that occurred during the 70s and early 80s. This era was preceded by a total recession of cultural and architectural upkeep of Federal Hill. The history of the area was nearly erased.

The interviews not only remind us of this history of Rhode Island's "Little Italy" but its continued existence as both a nostalgic and new community of immigrants. Federal Hill was defined, changed, developed and redeveloped several times in its over-200 year existence. This exhibit examines those shifts and returns to this concept of how Federal Hill has and continues to act as "a place to go to."

The featured work of this exhibit includes that of the Joseph R. Muratore collection and the oral histories collected in the Ethnic Heritage Series project. 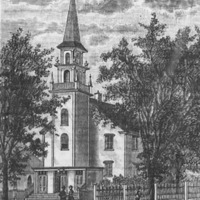 This exhibit is a condensed version of a publication by Elizabeth Wharburton entitled A History of Named Places and Architectural Development. Its purpose is to bring to light the history of architecture of the campus. Complete with photographs of the buildings and those they were named for, Warburton demonstrates how the story of the college is told though its physical presence by listening to its places and buildings.