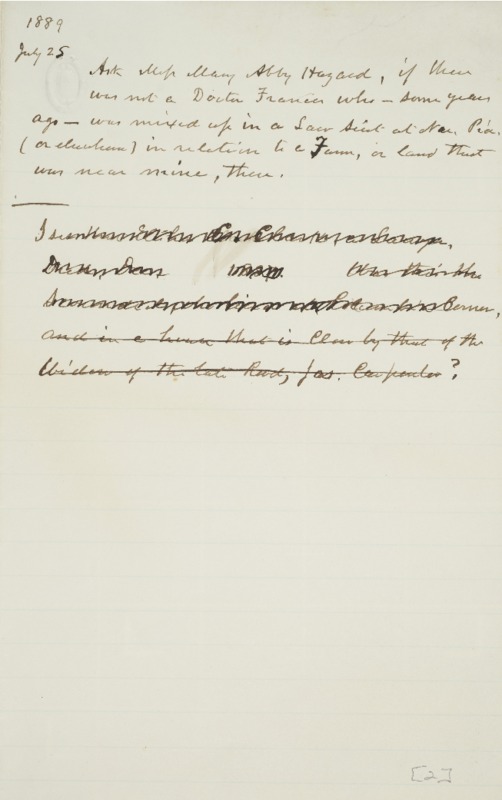 In this note, Hazard describes a female ghost haunting a windmill in the north of England:

"This ghost so haunted a particular and large sized room, at Night, that it was impossible to sleep in it most of the time, and the Miller therefore abandoned it to the Ghost. The Ghost was a woman. She very often exhibited herself during the day, by standing on the cill of a window that was on a Public Street.

"On these occasions, one half of her person from head to foot was inside the House, and the other side was outside the house. Her face was to the Streets, and she stood there a considerable time, while the Street was often filled with Spectators." 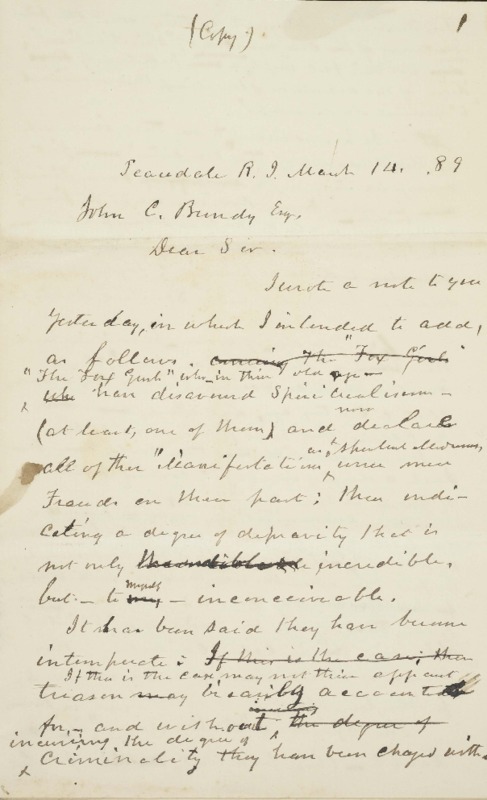 "You are - of course - familiar with the history of 'The Cock Lane Ghost,' that created such an excitement in the City of London, almost a century ago; and which, the celebrated Samuel Johnson went to see.

"It seems incredible there could have been such a degree of incredulity concerning possibility of ghosts at that time.  These knockings always occurred in presence of a little girl, and were attributed to her own wickedness: an idea that was confirmed by the fact that when she was threatened with whipping, the knockings ceased: as we now know, unless the mind of a 'Spiritual Medium' is in calm condition, the power of Mediumship is suspended, for the time being."

"We are familiar with accounts of an Imperial Castle in Germany, that is said to be haunted by the Materialized Spirit of 'The White Lady' and who also visits others of the Castles of this Imperial Family.

"I was assured that The White Lady herself is often seen walking about this house, and often visits her Portrait, - especially when a member of the Imperial Family is about to die; of which incident she appears to have prevision." 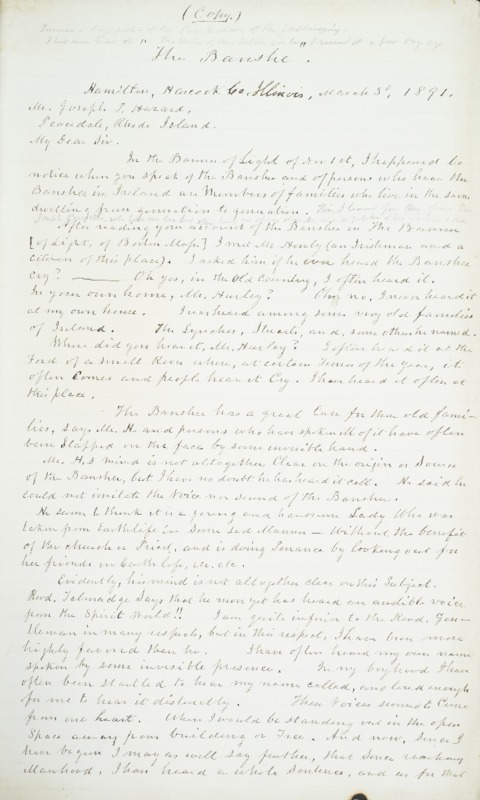 In this letter, Hazard relays an interview with an Irishman regarding the Banshee:

"After reading your account of the Banshee in The Banner [of Light, of Boston Mass.] I met Mr. Henly (an Irishman and a citizen of this place).  I asked him if he ever heard the Banshee cry?  - Oh yes, in the Old Country, I often heard it.

"In your home, Mr. Hurley?  Oh no, I never heard it at my own home.  I was heard among some very old families of Ireland.  The Lynches, Stuarts, and some others he named.

"Where did you hear it, Mr. Hurley?  I often heard it at the Ford of a small River where, at certain Times of the year, it often Comes and people hear it Cry.  I have heard it often at this place.

"The Banshee has a great Care for these old families, says Mr. H. and persons who have spoken ill of it have often been Slapped on the face by some invisible hand.  Mr. H.'s mind is not altogether Clear in the origin or Source of the Banshee, but I have no doubt he has heard its call.  He said he could not imitate the voice nor sound of the Banshee.

"He seems to think it is a young and handsome Lady who was taken from Earthlife in some sad Manner - Without the benefit of the church or Priest, and is doing Penance by looking out for her friends in Earth life, etc. etc." 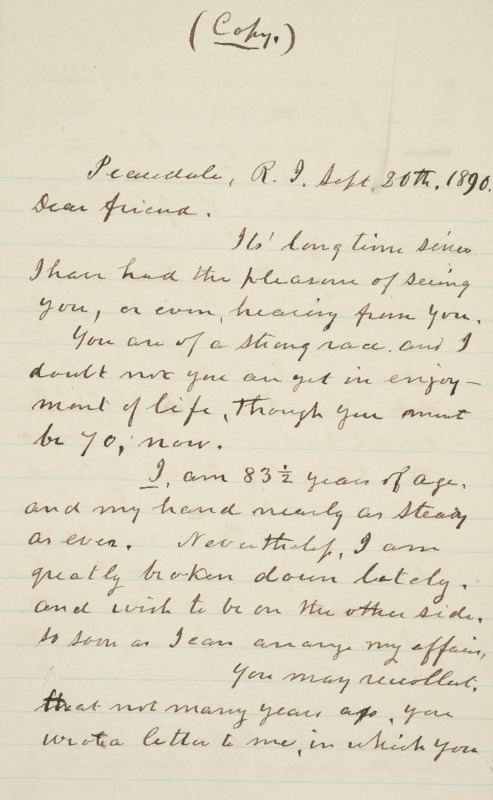 In this letter, Hazard describes the "Palatine Ghost Ship" which appears around Block Island, and "The Flying Dutchman" which appears near Madagascar:

"You may recollect, that not many years ago, you wrote a letter to me, in which you gave me an account of your having seen - from the top of your house, during a fine, bright, moonlight evening, what you supposed to be a ship on fire, at sea, and not far from "Brenton Point," or "Reef," I think you supposed to be a ship on fire, at sea, but concluded it must be the Famous 'Palatine Ship'; 'The Phantom Ship', that used to be seen sailing at night about the Island of Block Island, whenever a storm was brewing; and which I have seen twice, from my premises at 'Sea Side,' that are situated by the Sea, and my house that is near the shore.  These two incidents occured, not until many years after the Reign of 'The Palatine Ship,' had ceased her usual visits to our coast.

"I would like to know the date of the evening on which you witnessed the scene you described to me.  You are aware that 'Phantom Ships' - so called - used to be seen in a great many places, and in all parts of the World.  The most famous one, being 'The Flying Dutchman' that was seen by vessels off - but near the Island of Madagascar.  I have known several persons whose truthfulness might be fully relied upon, who told me they had seen it; and one of them, on several occassions."